A Glimpse into Japanese Cuisine! 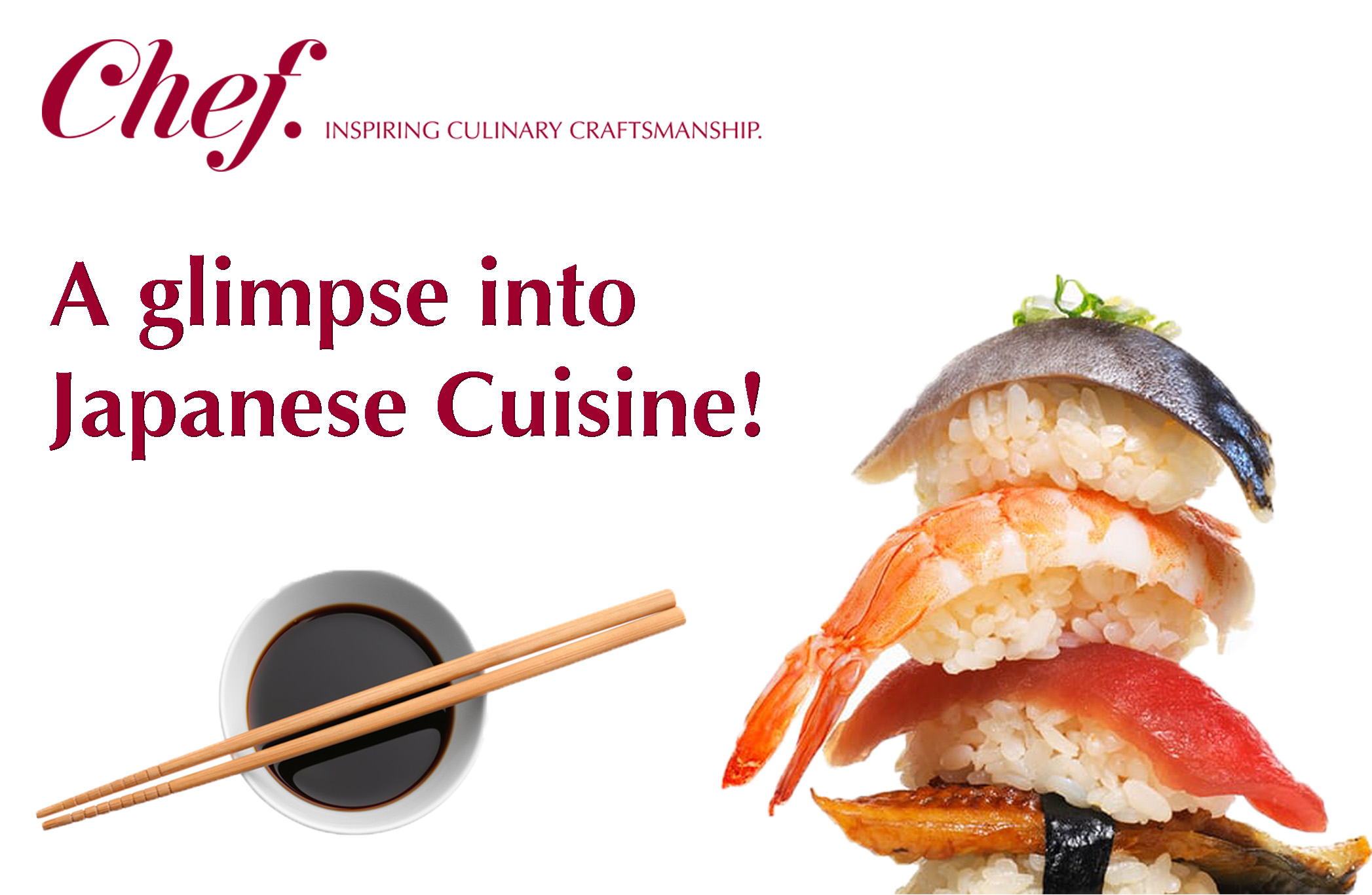 In the world of Japanese food, the variety is endless. Once known to be the nation where perfectionism is the way of life, they certainly uphold their part in the quality of food. In order to appreciate the fruits of their labour, let’s talk about some basics; table mannerism and how to eat Japanese food the right way.

Japanese Food – Back to the Basics

The Essentials Dos and Don’ts:

A Taste of Ritual

Food rules take part of traditional Japanese cuisine, meals are usually divided into bowls and dishes and subdivided again in order to separate flavours and to make sure that each dish doesn’t touch the other one preserving the unique taste of each.

Here are some tips when eating Japanese food…

Sushi trend has taken on a variety of new flavours and styles. Delightful variations and creations were inspired by this trend indulging sushi lovers with more delicious options. Here are some of the of the trendiest sushi creations this summer:

Popularity of Japanese food around the world

Japanese cuisine as become one of the most popular in the world with its unique flavours and the fifth taste sensation, Unami. High profile chefs around the world got interested in the Japanese cuisine and the creation of “Unami Dishes”. The Japanese food has spread overseas to reach top French chefs who are now using not only miso and soy sauce, but also other authentic Japanese ingredients like wasabi, yuzu and kombu.

Moreover, the presentation of the Japanese dishes is an art form crafting indulgent ingredients in a beautiful way with outmost attention to the smallest details.

Japanese cuisine has also resisted the hype of junk snacks and fast food, the food culture remained largely healthy contributing to the physical wellbeing and healthy lifestyle. This global popularity has made the Japanese cuisine a popular one also for the hospitality professionals. The Japanese food can offer considerable benefits in terms of higher number of customers and higher income per customer.

With a new generation of millennial diners that have been introduced to sushi from a young age, and noting that Japanese food offers a winning combination of healthy options and rich umami flavours, the Japanese cuisine will remain on a rise, appealing to a majority of food lovers!

Chef Middle East is proud to introduce Australian beef to the UAE
March 21, 2022

Chef Middle East Gearing Up For Expo 2020: Enter a world of global cuisines – #INSPOFOREXPO
September 28, 2021
Back
Other Articles
Go to Top